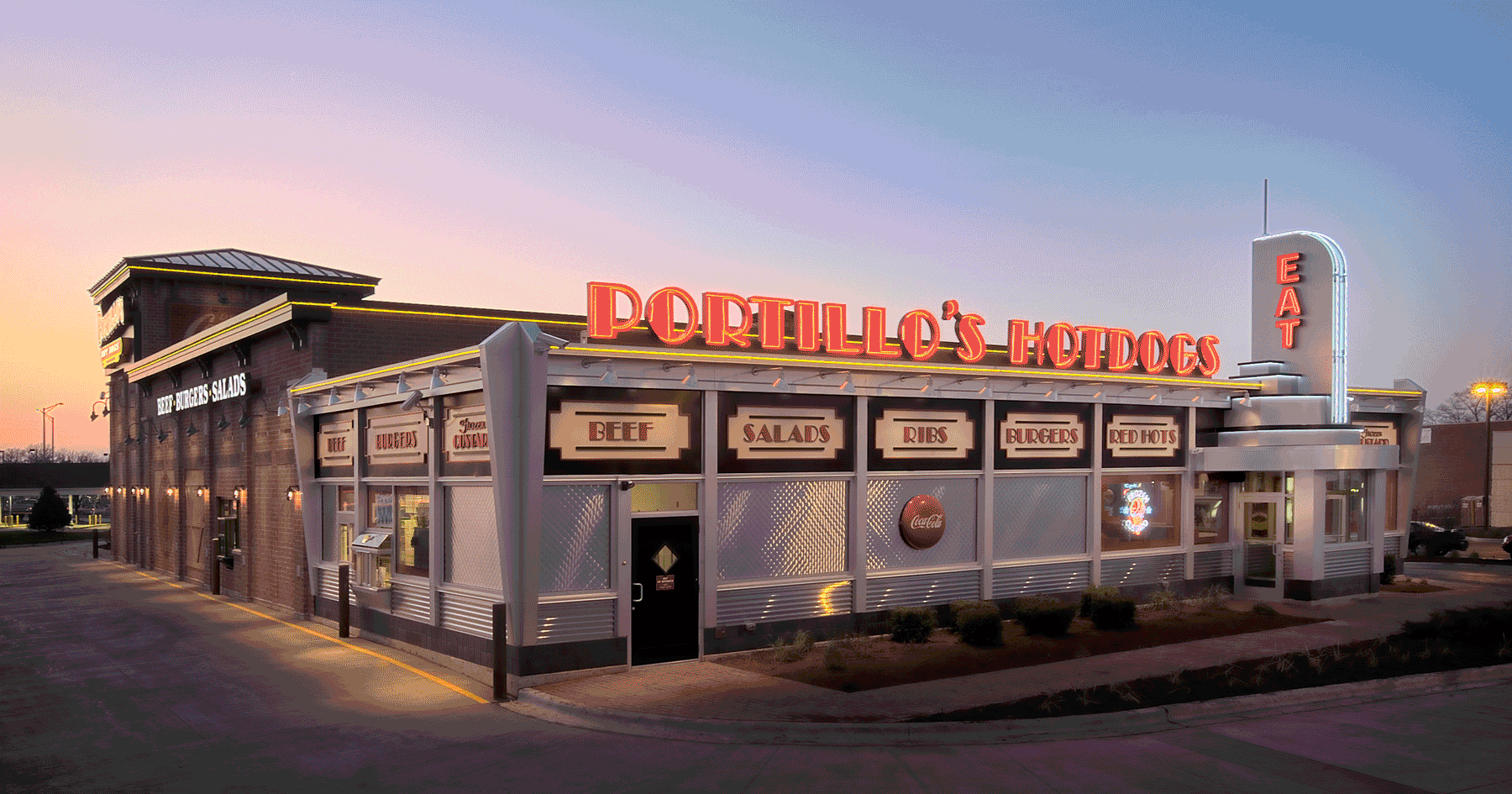 Iconic Chicago-based fast casual Portillo’s officially filed to become a publicly-traded company Monday, noting that it intends to use proceeds from the IPO to pay off $470 million in total debt.

The 58-year-old chain, known for its hot dogs and Italian beef sandwiches, submitted confidential go-public documents in July. With its filing Monday, Portillo’s becomes the fourth restaurant chain to go public this year, adding its name to the list that includes Krispy Kreme, Dutch Bros and First Watch. Sweetgreen has also said it intends to go public.

In its filing, Portillo’s did not set a price per share or reveal how many shares it intends to sell. But it did provide significant insight into its recent performance.

Portillo’s, which will trade on the Nasdaq Stock Exchange under the ticker symbol PTLO, said it generates average unit volumes of $7.9 million and adjusted EBITDA margins of 28.6%. It reported revenues of $258 million for the two quarters ended June 27, compared to $217 million for the same period the year before.

All the chain’s 68 units have drive-thrus. During the pandemic, Portillo’s saw significant growth in its drive-thrus, growing from $3.4 million in drive-thru sales per store in 2019 to $4.9 million through that channel for the 12 months ended June 27.

Portillo’s started near Chicago in 1963 in a trailer without running water, through a $1,100 investment from Dick Portillo. It was first called “The Dog House” and changed to Portillo’s a few years later.

In 2014, the then-38-unit brand was purchased by private equity firm Berkshire Partners for nearly $1 billion. Six months after that transaction, Portillo bought back some of the chain’s real estate, acquiring 18 of his namesake restaurants and two food commissaries under 20-year leases.

Despite its drive-thrus, the pandemic hit Portillo’s hard, decreasing same-store sales by 8.3% in 2020 due to a 17.1% drop in traffic that was partially offset by an 8.8% increase in check averages, according to its IPO filing.