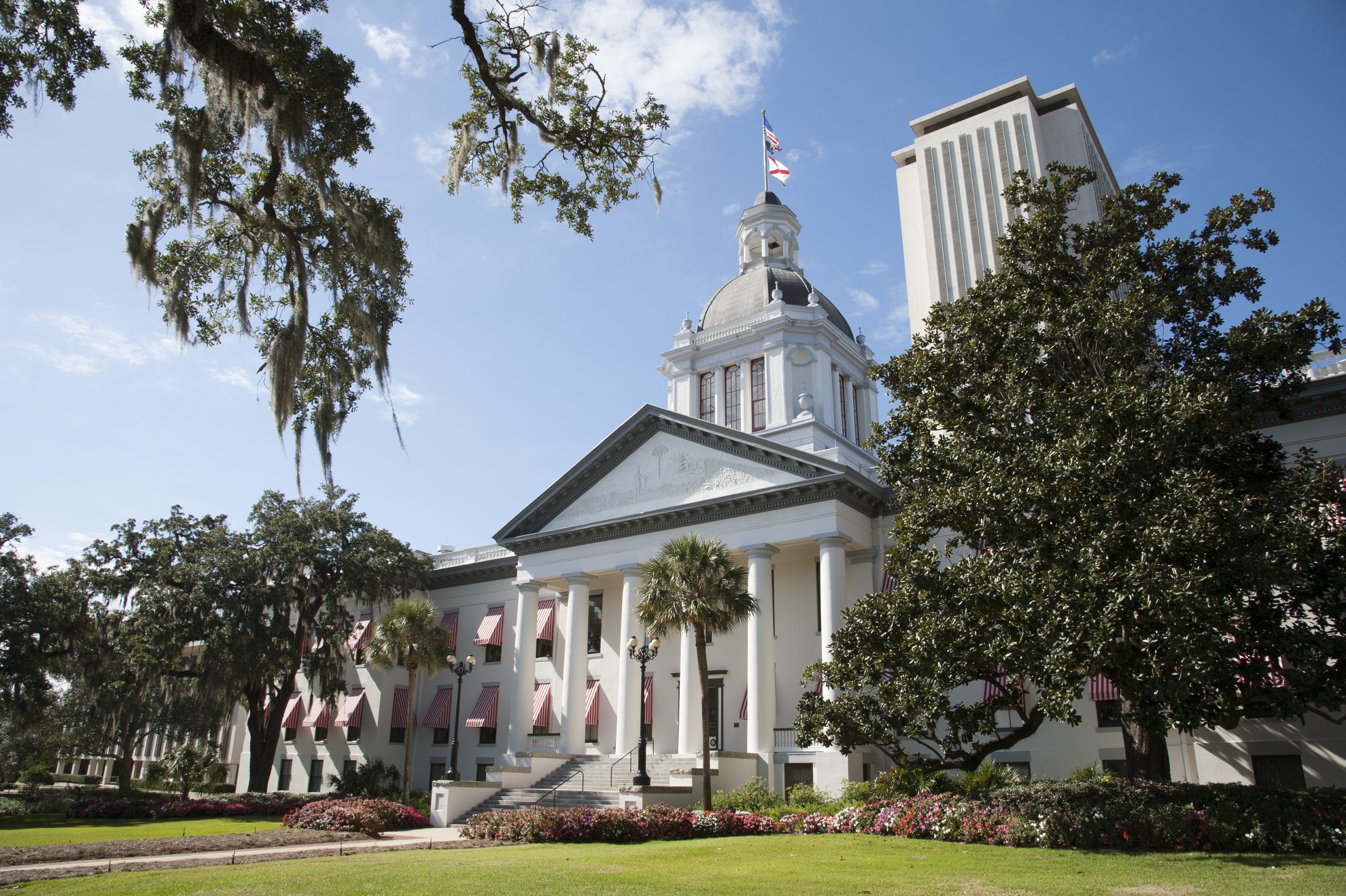 Florida Governor Ron DeSantis (R) knows how to make a splash, and his proposal to suspend the state’s gas tax—temporarily, but without a specific end date—will only burnish that reputation. Citing rising prices at the pump and the state’s substantial revenue surplus, the governor is calling upon the legislature to take the state’s gas tax from 26.5 cents a gallon to zero, and to keep it at zero as long as the additional revenues are there to sustain it.

Florida has a “problem” common to many states right now: skyrocketing tax revenues, and uncertainty about how best to return some of the surplus to taxpayers. It’s a good problem to have, but also a vexing one, particularly if state officials harbor doubts about the permanence of new revenue levels. Lowering taxes, even temporarily, puts more money in people’s pockets, which has economic benefits (and is desirable in its own right), but it’s not pro-growth in the way that permanent rate reductions or meaningful structural reform is.

While DeSantis’s most prominent potential Democratic opponent—former Gov. Charlie Crist (D), who previously governed the state as a Republican—has criticized the proposed $1 billion tax cut, his critique is that it should have been taken up in special session this year. In 2022, Florida voters may well be choosing between two gubernatorial candidates who believe the appropriate gas tax rate to be zero—and indeed, it may already be the new rate by then.

Whatever policy rationales stand behind the proposal, there’s another reason why both candidates are aligning themselves with the idea: reducing gas tax burdens is good politics. Political candidates have been deemed out of touch for not knowing the price of a gallon of milk, but even consumers who purchase milk regularly may not notice every price fluctuation, whereas any driver can tell you how high gas prices have soared in their area. It’s literally in lights everywhere they turn, and with the average driver purchasing over 650 gallons of motor fuel each year, high prices at the pump take their toll.

Students of public finance, however, tend not to share this popular enthusiasm for lower—or no—gas taxes because they rightly see the motor fuel tax as one of the better examples of a user-pays excise tax, where the amount one pays is at least roughly commensurate with government benefits received. Most state gas taxes are already set too low to fully cover state infrastructure costs, but zeroing out the gas tax is a massive subsidy for drivers, shifting the cost of road construction and maintenance into tax revenue streams that take no account of taxpayers’ use of state infrastructure.

Well-designed excise taxes either create a user fee system or internalize some meaningful externality, or both. Theoretically the gas tax has the potential to do both, as it could be envisaged as (1) covering the cost of using the roads (user fee) as well as (2) putting a price on contributions to road congestion and (3) having drivers bear the social cost of emissions and other environmental harms caused by driving (internalizing externalities). In practice, however, nearly all motor fuel taxes fall short of fully covering road expenditures, and that is true of Florida, where motor fuel taxes, tolls, and license fees combine to generate 79 percent of the amount needed to fund the state’s highway spending. Therefore, while the gas tax may have some role in nudging people toward more fuel-efficient vehicles, consolidating trips, or switching to other modes of transportation, its primary role is clearly as a user fee.

At least as long as it doesn’t have a rate of zero cents per gallon.

But Florida’s startling proposal of a lengthy gas tax holiday is merely one of the starker examples of states’ broader challenges in figuring out what to do with overflowing coffers. There is good reason to believe that most states are on a continued revenue growth trajectory, so at least some of this new revenue can be dedicated to permanent tax relief. It is also the case, however, that states are riding particularly high right now buoyed by one-time money in the form of flexible federal aid and by time-limited trends resulting from pandemic-era economic activity and federal policy. To the extent that some states see a temporary spike in tax collections, policymakers face difficult choices, even if this is a good problem to have.

Temporary tax relief is not as economically productive as permanent tax reform. Individuals are unlikely to move to a state or to work more hours, and businesses are unlikely to relocate, to hire additional employees, or to expand operations, based on tax cuts that will soon expire. (And a zeroed-out gas tax, in particular, will not induce new investment or economic activity.)

The political case for temporary tax relief is simple: taxpayers will take note of a gas tax suspension. The policy case, however, is predicated more on what it forestalls. Even a relatively inefficient way of returning excess tax revenue to the taxpayers is preferable to applying short-term revenue increases to new recurring expenditures. (Other states have explored refund checks, which are arguably superior to a gas tax holiday, but Florida already forgoes an individual income tax.) Policymakers who aren’t eager to grow the size of government, or at least not beyond stable revenue trajectories, understandably prefer most mechanisms to return the surplus to taxpayers to the alternative of creating unsustainably higher budget baselines.

But these aren’t the only choices.

It makes sense for those driving on Florida’s roads to bear the cost of maintaining them, so suspending the gas tax—while one of the easiest ways to return taxpayer dollars—is also among the least economically efficient. Even beyond the specific mechanism, however, it is better for policymakers to use one-time revenue increases to make the sort of investments that can keep taxes low in the future. That can mean making sure a state’s rainy day fund is adequately funded (avoiding the need for tax increases during a future recession), reducing unfunded pension liabilities (which also has future tax implications), or using the revenue buffer to offset the transition costs of structural tax reform.

Florida does not have a throwback rule in its corporate income tax, but throwback rules provide a good example of what it could look like to cover transition costs. Economic analyses indicate that, in the long term, repealing throwback rules does not reduce, and may even increase, tax revenues, as business activities formerly driven out of state return to the state. But in the short term, some businesses that haven’t been able to avoid the tax will see a tax cut, which can temporarily reduce state revenues. A temporary revenue surge can bridge that gap.

Similarly, there’s often some level of revenue uncertainty in tax reform. Now is a good time to act, because the higher revenues provide a buffer in the event that the initial projections are slightly off.

Most states—including Florida—are in a good position to provide permanent tax relief given their revenue forecasts. However, if they justifiably only feel confident that a portion of their currently higher revenues are permanent, and have additional one-time revenues to spend, they should consider either using it to help phase in meaningful long-term tax reform or for expenditures that improve the state’s long-term fiscal health. Temporary tax relief measures, like refund checks or gas tax holidays, are not necessarily bad, and can be justified as ways to return excess revenues to taxpayers, but they often miss an opportunity to do better by taxpayers in the long run.

And on that note, if lawmakers anywhere in the country are interested in investing some of their future revenue increases in pro-growth tax reform and want help identifying the best reform opportunities, we’re just an email away.