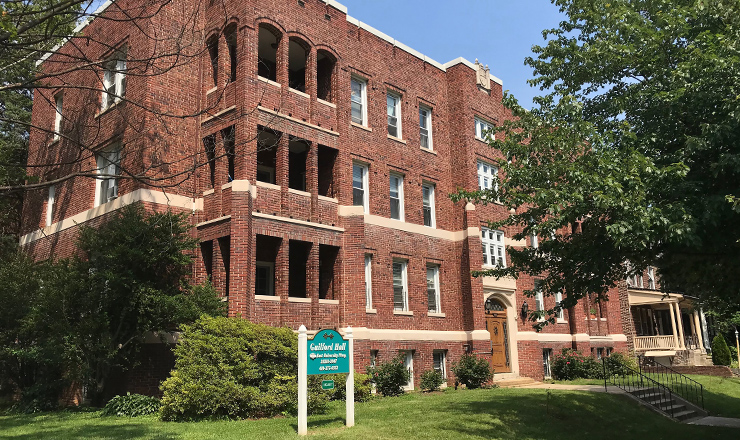 Since ECAR’s launch, 12 U.S. academic institutions have hosted more than 50 families on participating campuses, including 80 people at Guilford College alone.

Universities have long supported refugees by offering them academic scholarships. But some academics are paving the way for universities to provide a new and very practical kind of support—low-cost housing.

Renting a house in the United States has become increasingly difficult in recent years, especially for new arrivals from other countries. The average median cost to rent a one-bedroom apartment in the 50 largest metro areas of the U.S. hovers around $1,652 a month. But millions of workers earn $14 an hour or less,  making such housing too costly for many refugees, who often have even lower incomes.

To put affordable housing within reach of refugee families, Every Campus A Refuge (ECAR) subsidizes housing on college and university campuses and supports refugees in their resettlement.

“Refugees are given a small, one-time stipend that goes mostly towards rent and utilities,” said Diya Abdo, founder and director of ECAR and a professor of English at Guilford College. “Providing housing for even a short period can help them save money and give them time to rest, adjust, better learn the area, and look for employment and permanent housing in their preferred location.”

Refugees spend eight months on average in on-campus housing. Once they are financially ready, they usually move to off-campus housing of their choice, while continuing to receive ECAR support as needed.

“The result is a softer landing and more dignified beginning for them,” Abdo said.

In recent years, faculty at other colleges and universities have established their own ECAR chapters as well. Abdo was inspired to found ECAR by Pope Francis, who has called on every European parish to host a refugee family. “Just like parishes, college and university campuses have almost everything needed to start a new life,” she said. “Frankly, a college or university has more human and material resources than most other organizations, so why not make use of them?”

Not Just a House, But a Home

Each ECAR chapter works closely with local refugee resettlement agencies to help refugees secure campus housing. While the agencies identify eligible candidates (individuals, couples, and families), ECAR develops sustainable partnerships with colleges and universities to facilitate access not only to housing but to academic, health, social, and cultural services as well.

Hosted refugees have free access to libraries, gyms, cafeterias, and many other facilities and amenities while they’re staying on a campus.

“Families are not housed in dorms, rather in faculty or staff residences on the edge of campus,” Abdo said.

Whether in a dorm or staff residence, “the most important thing is being part of the university community,” she noted. “Refugees get many opportunities to connect with a lot of volunteers. It’s like a microcosm of a city which they can navigate quite easily, making the beginning of their new life more comfortable.”

Not only refugees benefit from the ECAR initiative. It supports the education and service-learning mission of universities as well.

“Academic institutions are designed to be community-oriented, and working with ECAR supports this mission,” said Vera Eccarius-Kelly, a professor of comparative politics in Middle East and Latin American studies at Siena College in Albany, New York. As an ECAR chapter, Siena College has hosted an Afghan family on its campus since February 2022.

“Having the family on our campus has been good for our students,” she said. “They not only welcomed them—they also helped them furnish their home and begin their new life with donations that they raised.” In return, Eccarius-Kelly said, interactions with the family helped the students to combat all-too-common stereotypes and foster genuine understanding of Afghan culture.

Over the past seven years, as ECAR has grown and evolved, it has developed a set of guidelines and recommendations to help other academic institutions make their campuses a refuge.

But, according to Shelly Calabrese, executive director of the Women’s Institute at Russell Sage College, many challenges remain.

“Our work with refugees has highlighted that many local organizations work in silos, with small staffs and tight budgets, all competing for the same funds,” Calabrese said. 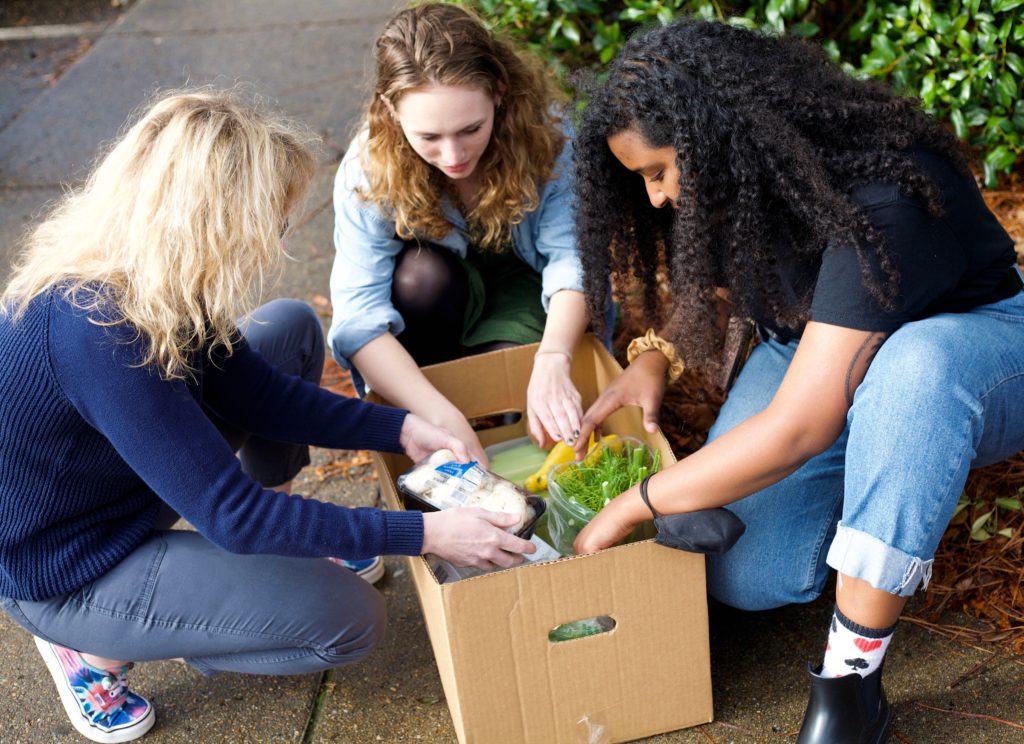 “We have only been able to raise limited funds and provide limited resources, because we are a small group of students, faculty, and staff volunteers, and we can only provide one house on campus.”

Still, both Calabrese and Von Burg see achievable solutions to these problems.

“Working as community sponsors will help mobilize other individuals and organizations and create productive and sustainable support systems for our new neighbors,” said Calabrese.

“We can overcome them by focusing on professional and educational development, and striving for intentionality and depth in our relationships,” Von Burg added.

Despite having limited resources and only one house on campus, Wake Forest University has already hosted 19 refugees, and two children who were born after the family moved out of the ECAR house.

ECAR partners and supporters believe that success stories like these can, and should, serve as models to inspire other colleges and universities.

“I had the privilege of visiting Guilford College where ECAR was created as a way for colleges and universities to become a refuge by following a process of hosting refugees on campus and assisting them in the process of resettling,” said Esther Benjamin, CEO and Executive Director of WES.

“Our educational institutions have a responsibility to create welcoming spaces for all—including refugees and those who have been forcibly displaced,” she continued. “As communities, colleges and universities can offer safe environments, robust networks, and support services. This foundation can ensure refugees’ long-term prosperity in the U.S. I encourage all institutions across the country to join the movement. Every Campus A Refuge is an exemplary program.”

“It is an amazing network and there are multiple ways to do it, based on the volunteers and types of housing available,” Von Burg noted. “Every resource that universities and the people who are part of their communities are able to share to host refugees can make a huge difference.”