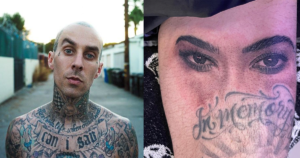 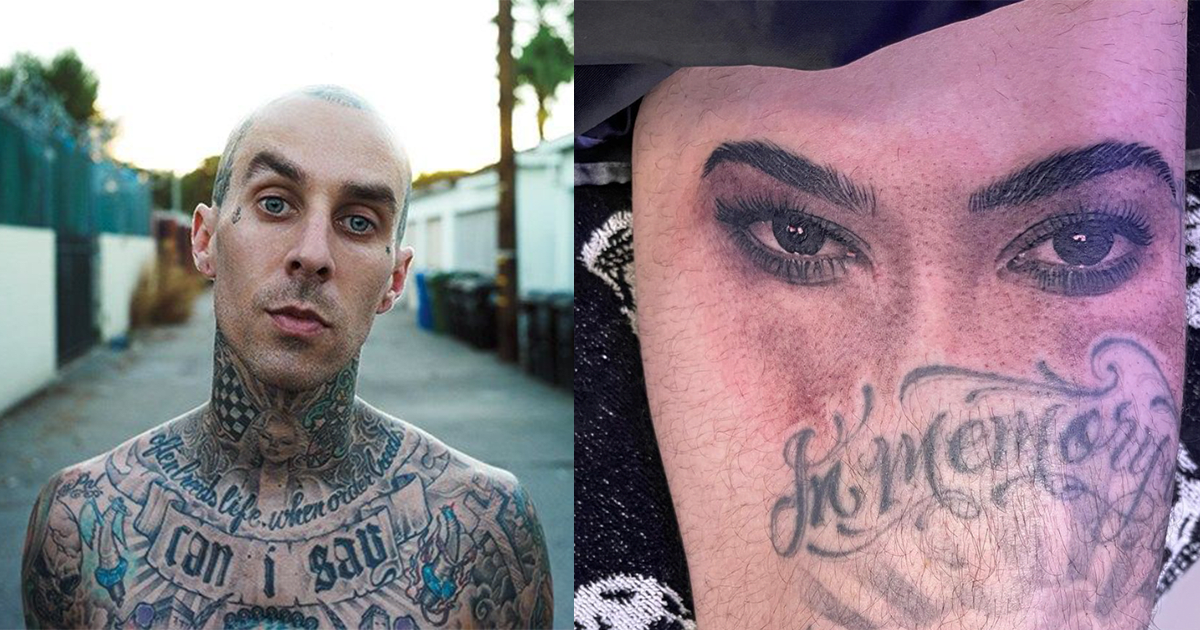 Reporting on Travis Barker’s tattoos is its own cottage industry at this point. The man loves to get tattooed—who among us doesn’t?—and fans are eager to dissect each new one he accumulates, wondering if there are hidden meanings to be found within. It’s basically the “Da Vinci Code” for fans of pop-punk and/or celebrity gossip.

Don’t believe me? Take a look at all of the various articles we have written about his tattoos and the amount of speculation within each of them. Maybe he and Kourtney Kardashian are a couple? Maybe they’re serious? Is the new MGK album going to be ska? Does Barker being a Scorpio influence where and when he gets cover up tattoos? It’s all a bit silly, isn’t it?

Yet, here we are on a Monday morning writing about Barker’s latest tattoo, a pair of eyes on his thigh. Let’s look at the comments on his Instagram post and you’ll understand what I mean by people channeling their inner Robert Langdon (or Benjamin Franklin Gates if you think this search is more indicative of a “National Treasure” type obsession).

People are arguing that the eyes are those of Michael Jackson from the cover of his album “Dangerous.” Others are arguing that they are Kardashian eyes, but not those of Barker’s wife, but of Kim. Some people have taken objection to the tattoo being placed right above script saying “In Memory,” leading to other people to speculate whether or not that means anything. A commenter suggest they get a PornHub instead of posting on Instagram. There are folks who are expressing concern that their wedding bands are on the wrong hand (because they apparently don’t know how mirrors work). And one amazing person chimed in to comment about how Mr. Barker has a very nice bathroom.

It’s insane. This post could be Exhibit A as to why our society has gone into the crapper while simultaneously serving as a stark reminder that being famous certainly has drawbacks to it.

However, none of this is the reason anybody clicked on this article, is it? You want to know about the tattoo. Barker went to one of the world’s most gifted practitioners of black-and-grey, Steve Wiebe for the piece. We’ve seen Wiebe tattoo Barker in the past, but it was in a Tommy Hilfiger ad, we didn’t know he’d inked him for real. And those eyes… they’re obviously Kourtney’s. Come on, people. Just try to pick up on some context clues, it’s not that difficult.

So in summation, Travis Barker got a beautiful new tattoo by a great artist. The tattoo is special to him because it’s of his wife. There is no hidden meaning. Now you can rest easy and just enjoy life. You’re welcome.